Shoes having a great fascination and affliction to many of us. Even some ancient Kings and Emperors have been great shoe enthusiasts and collectors too. Shoes are expressing our personality through fashion and wearing any type of quality footwear became soon a symbol of success and wealth.
The famous Louis heel has been named after the French King Louis xv. 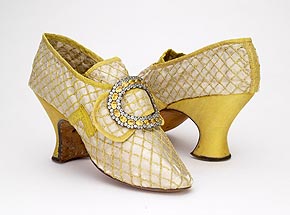 The beautiful Cleopatra was wearing sandals decorated with crystals and ornaments. The first shoes have been invented around 1500 b.C by the Egyptians and soon they became a creative part of culture and status in many epochs. 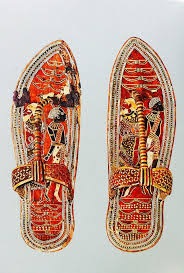 At first, shoes have been invented for protection and prevention from external injuries. The first specialized footwear have been designed as warrior sandals in the Roman Empire. These sandals had sharp nails under the soles, similar to today’s Golf spikes. This must have looked quite intimidating and scary to their enemies. 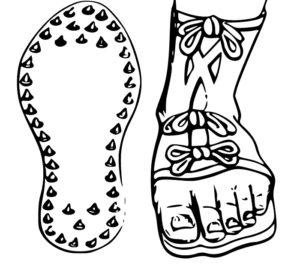 Shoe-making was always for the individual only and wasn’t a mass product at all. Though we know about the early existence of shoe factories or better-called workshops. Their aim was only to manufacture the necessary components in bulk. The final shoe fitting was always a customized process. This finally changed with the invention of the first commercial shoe lasts. 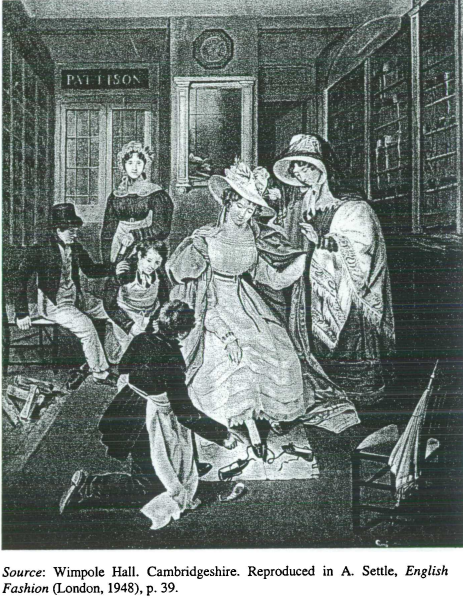 The shoe design was mainly characterized by the epoch and the status of the customers. In the early mid-age, wearing pointed-toe shoes have been only allowed by the kings and his most important secretaries, the normal people and farmers were allowed to wear only sandals. With the beginning of industrialization and the subsequent wealth of its citizens, the demand for more shoe styles and variations increased continuously. With the invention of shoe lasts the shoe companies could expand their shoe ranges. The first shoe collections have been created and traditional shoe “workshops” of the shoemakers have been changed to friendly-looking shoe shops offering multiple shoe collections from various vendors – the first shoe brands.
Around 1800 Northampton in the UK was one of the first shoe manufacturing hubs in Europe. London was one of the largest markets in those times and the competition of the manufactures from Northampton for the growing middle-class has been big. The British Ladies demanded more styles and variations. They always had an eye at the latest trends from the new fashion capital in Europe: Paris. In the mid-nineteenth century, the shoe companies from Paris made beautiful, lightweight and colorful flats with silk decors and straps. These styles, made in Paris, have become the fashion hit all over, from London to Berlin and Vienna.

This has been maybe the first time, that shoe design became key for commercial success. The times of classical bespoke footwear, with its limited styles and designs, have been finally over. The fast-growing middle class was looking for new styles at affordable prices and this hasn’t changed up today.
Throughout history, shoemakers, also known as cordwainers had often well-recognized positions in the society, especially those who had access to dynasties and noble. The skills of a shoemaker were mostly about craftsmanship and the distinguishing knowledge and details of their valued customers’ feet. The shoemakers had racks full of data about their customers’ feet measurements and fittings because any misfitted shoe could have disastrous consequences for the business. Interestingly, non-fitting shoes and their high return rates are even in today’s time one of the biggest challenges for the online retail giants.
By this time the first shoe sizing systems had their beginning, even before the mass shoe production was rolling out in full swing. They got quite promising names, like the Barleycorn-Unit or the Paris-Point. Ever heard of them? Well, better you should because these are still the shoe sizing systems of today’s footwear.
The Barley-corn-unit (one Barleycorn is 1/3 inch or 8.46 mm long) is our US- and the UK shoe sizing system. The Paris-Point (one stitch is 6.6 mm long) is known as the European shoe sizing system.Do you think that you know exactly was is your shoe size and what is its intrinsic meaning?

Which answer is the correct one?

a) your shoe is 6 inches long?

b) your foot is 6 inches long?

Certainly, you can imagine, that the answer is not a) or b). I have tried to explain the jungle of shoe sizing systems in our series:

The entire series is also available as free e-book. 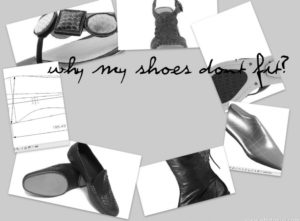 Why my shoes don’t fit?

Today new technologies like 3D print opens up new opportunities for shoe designers. Open source software makes designing and modelling of new concepts for soles, heels or even complete shoes much easier and available at your finger tips! 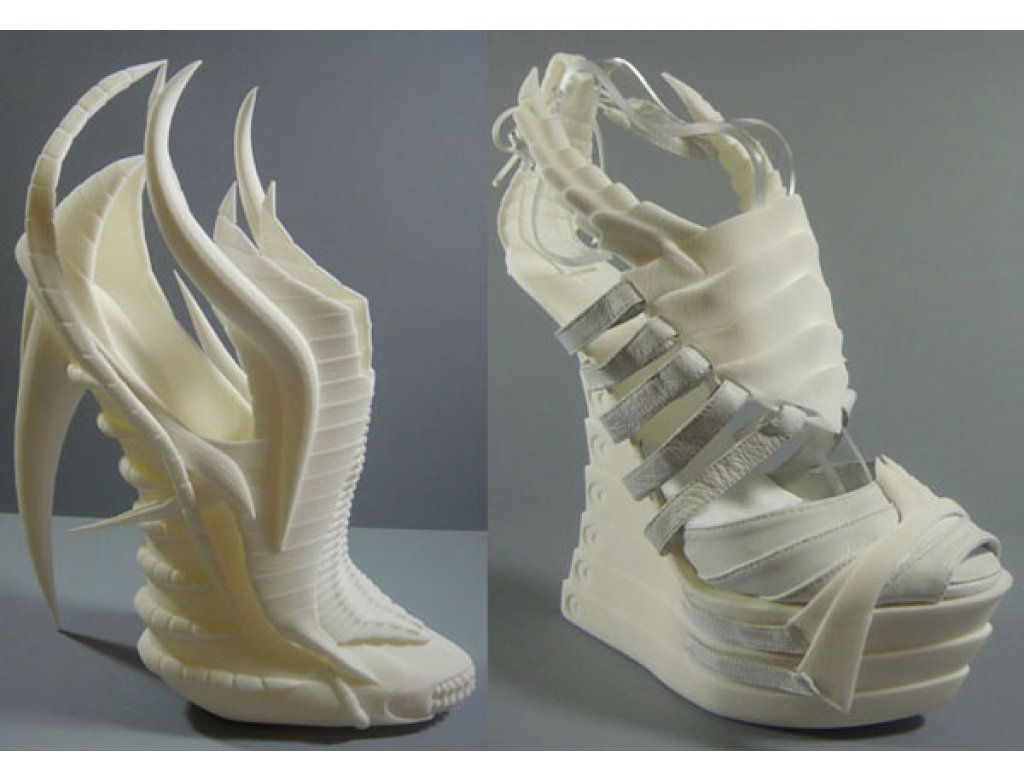 I’m using some basic apps in this blog and will try to give some ideas on how everybody can make use of them and that a sophisticated, but unfortunately and very expensive footwear CAD is not necessary – at least at the beginning. As much it’s a pleasure to work with a footwear CAD, it’s not useful if the operator doesn’t understand the limitations of such a software program.
The journey of footwear will continue, as I can’t see a serious substitution of shoes for humans in the future. New technical inventions for shoes, like being a power-bank, etc., are very likely to come, but there will always be a dress- or evening shoe, trainer or sneaker and it’s good to know, that there is a great future ahead.

Handcrafted sandals and the universal principals 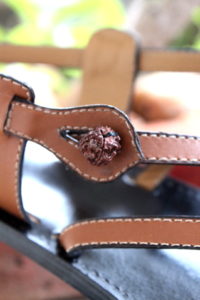 Sometimes handcrafted products having a deeper sense than just being simple products. They represent something, which is outstanding from our actual consumer idea. 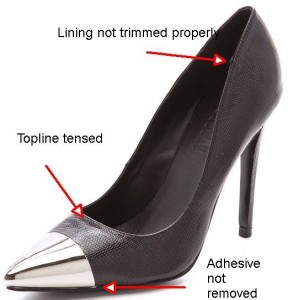 There is always something new to figure out in the world of shoes. Try out our shoe wiki and help to make it grow big and bigger!

Soon we are planning to start various online coaching shoe courses. We are hoping to launch the first online course by end of 2016.

Handcrafted sandals and the wisdom of the universal principals

If you want to understand the universe you need to follow the principles of nature. Nature follows the principal laws of cause and effect.

Let’s have a look at a seed. The seed represents the entire universal causation by becoming enwombed (cause) and then presenting itself in a new form (effect). 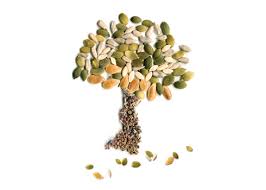 Many handicrafts are been made with seeds like chains or bracelets from all kind of different seeds. As kids we loved to make big chains from chestnuts. Now what that has to do with universal principles? On the first sight of course nothing much. But if we do look at the intrinsic meaning of a seed we certainly understand the great natural principal and my motivation for the handmade sandals, which I did for my wife after reading the following story of the Upanishad (the philosophical portion of the Veda).

That Something in Nothing

After the son Shevetaketu returned back from school and the father (Uddalaka by name) could make out that the son didn’t learn anything, he told to his son:
“Go outside and bring me a fruit from the banyan tree”. The son ran outside and brought the fruit.
“Now cut it in half”, told the father. “What do you see?”
“I see the seeds” answered the son.
“Cut one of those in half” instructed the father. That wasn’t easy, banyan seeds are extremely small, but finally Shevetaketu managed to cut one seed into half.
“What do you see?” the father asked.
The boy was baffled. “What do you mean, dad? There is nothing inside!”
Uddalaka looked his son in the eyes and told:
”From this nothing an enormous tree arises. When you understand what that “nothing” is, you will understand yourself. The nothing, the subtle (power) which you can’t see, through that (invisible) subtle power in the seed this great tree stands. Have faith beloved one. It is this invisible force, which is the essence for this tree and of the entire universe. This is the reality; this is atman, the self. You are that, son.”

Inspiring isn’t it? I’ve read this story many years back for the first time and I’ve always loved it. Just recently I came back from a trip in the Nilgiries and brought some few Rudraksha seeds with me, wondering what best to do with them. After remembering the story of the Upanishads, I was sure that I wanted to craft a special footwear with the Rudraksha seeds as button-fastening. 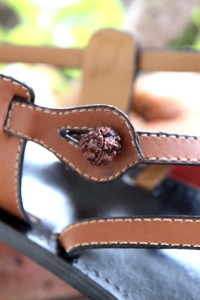 Rudra means “Shiva” (the Hindu-God) and aksha means “eyes”, so the Rudrakshas should become my “face” of the footwear.
I loved to create this work for my beloved wife. My wife has long feet, a very low instep and a weak arch, so I’ve decided to make one of my “smart” functional sandals for her. 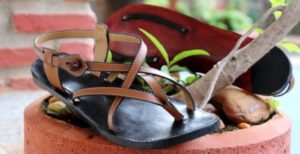 The Rudrakshas are the fastening for this long and single- strap sandal. It’s only one single strap, which goes up and down through the entire sandal. The strap is adjustable to any fitting by pulling or closing it.
This in-built arch of the sole should give support to the foot. Below the insole is 5 mm foam cushioning, which will give comfort. 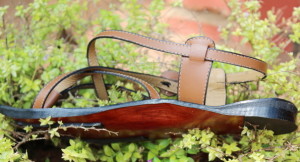 The heel and the rubber straps in the front part of the sole are from upcycled rubber tires. Some designers are coloring their soles red or blue, I like the hand-finished wood look. 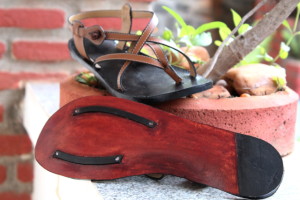 I told my wife: “Every morning, when you are getting ready – looking out for your keys, your purse, sun-glace or mobile phone and putting on your sandals, just for one second look at the seeds and remember, for one short moment, the story of “The Something in Nothing” – and have a nice day”.